That now or never moment 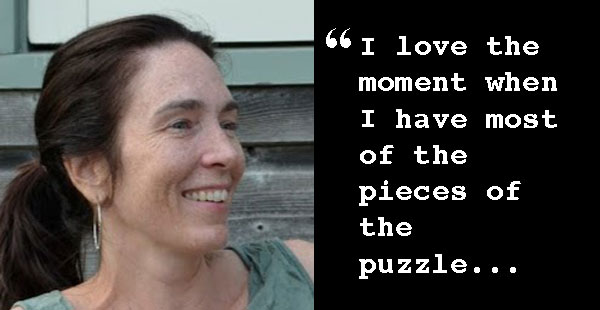 Yvonne Poot appreciates a good story well-told, no matter the medium. She lectures on film history and analysis at Amsterdam University of Applied Sciences and has her own company, appropriately named wordsmart, which offers editing and translation services. She lives in Utrecht with her husband Martijn and a wonderful Rhodesian Ridgeback named Elmo. In addition to writing and film, she enjoys Crossfit and a good pint. ‘You can wake me up in the middle of the night for a Guinness, the best beer in the world!’

As a teenager growing up in a small town near Eindhoven she dreamed of being a writer—it’s a dream she finally decided to act on when she signed up for her first workshop with us. This spring she’s joining us for her third Level II workshop.

Q: What made you sign up for your first workshop?
A: I had a now-or-never epiphany (turning forty probably had something to do with that…), I quit my job, started my own business and decided writing should be a big part of this new life. That’s when I signed up.

Q: Where do you get your material from?
A: I have a ‘process book’; a large, black Moleskin in which I collect random ideas, sentences I read or hear, words I find beautiful or weird, pictures that trigger my imagination. It is my big black book of ideas and creativity.

Q: Who are your literary heroes?
A:

Q: What’s been the most exciting thing about writing?
A: I love the moment when I have most of the pieces of the puzzle, but don’t see the complete story yet: a lot of the research is done, the angle is chosen, most of the storyline is clear. I can start pulling the words out of my brain and play with them on paper, but there is also still room for surprises and unforeseen plot changes.

0 responses on "That now or never moment"