A master class with the author of "Cat Person" 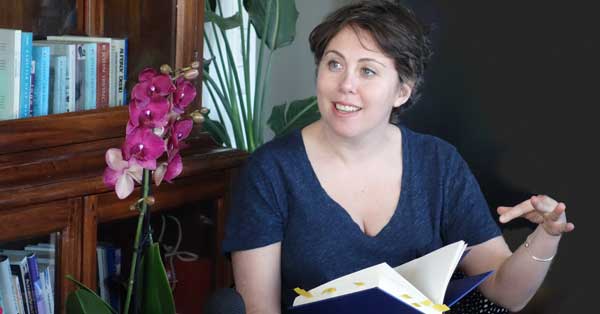 In April 2019, Kristen Roupenian gave a special master class for our Amsterdam students (photos here). Kristen is the author of the world’s first viral short story “Cat Person“, which, with close to 5 million views, is one of the most popular pieces of online fiction in the history of The New Yorker. We discussed “Cat Person” as well as some other stories from her new collection You Know You Want This. You can now listen to the complete audio recording of the class online.

Some of the topics we covered: the advantages of close third-person narrators, how you can use elements of horror and the supernatural to get at real world feelings, why workshops are incredibly valuable when you’re learning how to write (it’s not only the reason you’d expect), why not knowing where your story is going can actually be a good thing, and why you should not take having your story rejected by a publisher to heart.

Below a few of our favourite takeaways from the class.

On inspiration & getting started

To avoid getting stuck

On character, point of view and technique

On not giving up

A special thank you to the John Adams Institute and Roupenian’s Dutch publisher Nieuw Amsterdam for helping to make her visit possible. You Know You Want This is widely available. And you can purchase the Dutch translation Je weet dat je dit wil from many stores and online retailers in the Netherlands.