Why you should submit to university-hosted litmags

Great places to submit your poetry, fiction and creative nonfiction 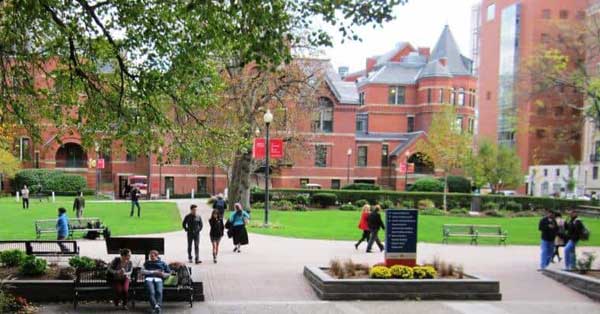 Would it surprise you to learn that some of the most well-respected and long-running literary magazines are hosted by US colleges and universities? As you might imagine, publishing a literary magazine takes lots of work for little or no money – most magazines are happy if they can break even. These realities make it tough going for independents, and many fold within a few years. Those hosted by universities and colleges on the other hand are in a much better position to publish regularly and to a consistent standard.

They are able to rely on a steady stream of editors and readers from among the writers in their creative writing MFA and PhD programmes and tend to have relatively high production values since printing and other associated costs are usually covered by the institution. They are friendly to emerging writers and the most prestigious among them feature famous names alongside complete unknowns. It’s a common misconception among those not familiar with the US litmag scene that these magazines are primarily focussed on their own communities. In fact, most have an international scope and don’t even accept work from students, staff, or recent graduates of the host institution.

For our list, we’ve privileged magazines that typically respond in under six months and that are either currently open for submissions or will be reopening shortly. Many are regularly featured in national and international lists of top literary magazines. All accept simultaneous submissions. Unless otherwise noted, they don’t charge fees, and a few even pay their authors. They are arranged roughly in order of acceptance rate – from relatively high to low (the last four have an acceptance rate of under 1%).

Lunch Ticket is produced by the MFA community of Antioch University of Los Angeles. It’s the youngest journal on our list – only a decade old. They publish two online issues per year of poetry and fiction and creative nonfiction of up to 3,500 words. You can also submit for their weekly web series Amuse Bouche. They have set submissions windows and they close when they reach their cap of 300 submissions for each genre so make sure to send in your work early. The submission window for their next issue is 1 February to 1 March 2022, and for Amuse Bouche it’s 15 January – 15 April 2022. You can generally expect an answer within two or three months.

So to Speak was founded in 1993 by an editorial collective of women MFA candidates at George Mason University. They accept poetry, fiction, and creative nonfiction and are looking for work that aligns with their intersectional feminist values. Each year they produce one online issue and one print/contest issue (usually, one in the spring, one in the autumn) with limited submissions windows. You can submit work for their blog year-round. They are committed to amplifying the voices of BIPOC, people with disabilities, LGBTQ+ people, nonbinary people, women, neurodivergent people, people of all different religions or none, migrants, refugees & immigrants (regardless of citizenship), and incarcerated writers. The editors will try to make a decision within four months and generally meet that target.

The Yalobusha Review is a biannual online journal originally founded in 1995 and operated by the graduate writing programme at the University of Mississippi. They are looking for poetry, fiction and creative nonfiction (up to 4,000 words) that “alters or subverts mainstream forms of expression – work that is, in a broad sense, experimental, though that takes many forms”. They accept free submissions until they reach their cap for the month, at which point you can still submit for a fee. Submissions may close during contests and summer months. They ask for six months to make a decision and generally accept quicker than they reject.

The Pinch was established in 1980 at the University of Memphis and has featured the work of greats such as Mary Oliver and Margaret Atwood. They publish two print editions per year as well as occasional pieces on their website. For a $3 reading fee, you can send in your poems (up to 3), flash fiction (up to 3), or a single short story or creative nonfiction piece of up to 5,000 words. The editors aim to make a decision within six months and usually do.

The Coachella Review is a literary arts journal published by the University of California, Riverside-Palm Desert Low Residency MFA in Creative Writing & Writing for the Performing Arts. They welcome innovative as well as traditional work for their two online issues per year (June and December). Submit your poetry or fiction or creative nonfiction of up to 6,000 words. They also accept scripts for stage and screen (10-30 pages). You can generally expect to hear back within three months.

Passages North, the literary journal sponsored by Northern Michigan University, has been running since 1979. They are open to submissions of poetry, flash fiction, nonfiction, and hybrid work from 1 Sept until 15 April. They have two submission windows for short stories: September through October and January through February. They publish one print issue per year and on their blog year-round. They close to free submissions once they reach their quota. Generally, you can expect an answer within a couple of months.

Quarterly West, established in 1976, is run and staffed by PhD creative writing students at the University of Utah. You can send in your poetry and prose submissions including translations from 1 February to 1 April. They’re looking for writing that’s risky, challenging, different. The editors generally respond within three or four months.

Witness was founded in 1987 and is currently hosted by the Black Mountain Institute at the University of Nevada, Las Vegas. Their aim is to “amplify extraordinary voices (including those historically marginalized), feature writers from every part of the globe, and highlight pieces that speak to the present moment in an enduring and distinctive way”. They produce two issues per year (one print and one online), plus occasional special issues, and they feature highlights on their blog. You can send in your poetry, fiction and creative nonfiction from 20 August to 1 December for their spring print issue and 20 January to 1 May for their autumn/winter online issue. The editors try to respond within six months and typically take fewer. There is a $3 submissions fee, but keep an eye out for free submissions periods. They pay contributors $50 per published piece, whether in the print or online issue.

Salt Hill was also established in 1976 and is hosted by the Graduate Creative Writing Program at Syracuse University. They publish two print issues per year and feature selections on their blog. They accept nonfiction year-round and have two submission periods for fiction (up to 30 pages double spaced) and poetry (up to 5 poems): January through March and July through September. The editors generally respond within three months.

Conjunctions was established in 1980 at Bard College with a focus on innovative, ground-breaking writing. They are regularly featured in top 10 rankings for literary magazines and authors such as William T. Vollmann, David Foster Wallace, and Karen Russell had some of their first publications in Conjunctions. They accept short- and long-form fiction, poetry, creative nonfiction, and hybrid texts for their two print issues per year, which are themed, and weekly online magazine. Although they have no maximum word limits, they rarely take pieces over 8,000 words. You can send in your work year-round by postal mail and during spring and autumn windows for electronic submissions. The editors ask for three months to make a decision and tend to accept even faster.

The Colorado Review, established in 1956 at Colorado State University, produces three print issues per year. They are open to all styles of poetry (maximum 60 characters per line due to printing constraints) and prefer short stories and essays that are somewhere between 15 and 25 double-spaced pages (so no flash fiction). You can send in your nonfiction submissions year-round and fiction and poetry from 1 August to 30 April. They typically respond within a couple of months. Accepted authors receive $10 per printed page ($30 minimum) for poetry and $200 for short stories and essays, plus two copies of the issue in which they are published and a one-year subscription to the Review.

The Missouri Review was founded in 1978 at the University of Missouri. They publish four issues per year in print and electronic formats, as well as a poem of the week online and an online anthology BLAST. They read year-round and have no length restrictions for poetry, fiction or essays, but their sweet spot for poetry is 8 to 20 pages and for fiction, it’s over 2,000 words and under 9,000. Work not accepted for the Review will be considered for their online series. The editors try to make a decision within three months but sometimes take a month or two longer.

Ploughshares was founded in 1971 and has been based at Emerson College since 1989. They publish three issues per year in print and electronic formats and year-round on their nonfiction blog. They accept submissions to the magazine from 1 June to 15 January (noon EST). Send in your poetry and fiction and nonfiction (including self-contained excerpts of longer works) of up to 7,500 words. There is a $3 service fee for online submissions (current subscribers may submit online without charge). Expect three to five months for a decision. They pay upon publication – $45/printed page, $90 minimum per title, $450 maximum per author. Plus you’ll get two contributor copies of the issue in which your work is published and a one-year subscription.

AGNI was founded in 1972 and became part of Boston University in 1987. No less than six past contributors have gone on to win the Nobel Prize for Literature. They publish two print editions per year and year-round on their blog. You can send in your poetry, fiction and creative nonfiction (no set length restrictions) by post from 1 September to 31 May and via their online submission manager from 1 September to 15 December and 15 February to 31 May. Postal submissions are free and for online submissions there’s a $3 fee. You can expect a response within four months. They pay $20 per printed (or printed-out) page for accepted prose, and $40 per page for accepted poetry, up to a maximum of $300.

1 responses on "Why you should submit to university-hosted litmags"