Teaching writers to find the joy and let go of perfectionism

An interview with teacher Inge Lamboo 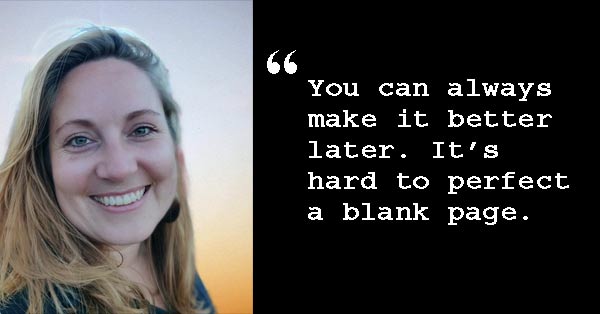 Because of teacher Inge Lamboo’s American accent and effortless command of English, her students are often surprised to learn she’s Dutch. Although originally from the Netherlands, Inge lived in many places around the world growing up, including Strasbourg, Melbourne, and Alabama. As an adult, she spent several happy years in California getting her MFA in Creative Writing from the University of San Francisco as well as exploring the US national park system in a used camper van she shared with friends. She currently lives in Amsterdam Noord with her partner, their Romanian rescue dog Fargo, and many plants and books.

Inge’s been teaching creative writing since 2011 and has been with the Collective since its inception. As a recovering perfectionist, she’s particularly adept at helping students let go of their fears and just write. “You can always make it better later. It’s hard to perfect a blank page.”

What is your writer’s origin story?

I was your typical bookworm kid, an enthusiastic patron of the local library, always lost in a story. I was pretty sure at a young age that I wanted to be either a writer or an illustrator, and later on, a journalist—all storytelling, of course, in hindsight. During my childhood and preteen years I wrote and shared my work happily, often collaborating with friends on serial instalment stories, newsletters and zines, but in my teen years, I lost that free, light kind of writing. Drafting became a more torturous process—cringeworthy, self-conscious and awkward (like many other things during those years). I didn’t write much for a while after that. Perfectionism, yes, but I was probably also suffering from what Ira Glass calls the “gap between your skills and your taste.” Because I read so much, I felt I recognized “good” stories and quality writing when I saw it, and I didn’t see it in my own writing because of course I was comparing my own raw, first-draft mess to someone else’s 30th-draft-professionally-edited-finished product. I see this all the time in my students, now, too. Fast-forward to the late naughties, I Googled writing workshops on a whim, and signed up and paid for a class within 5 minutes of finding it—before I could talk myself out of it—and I’ve never looked back. Weekly deadlines and accountability are the best kind of peer pressure, and the positivity and camaraderie coming from my fellow students and our teacher dispelled many of my early fears.

I love watching beginner writers become more confident over the course of our workshop, I love watching particular techniques or elements of craft click for my students, and I love how much variety there is in the writing. Although students get the same example piece and exercise, what they produce is so individual. Everybody brings something unique to the table.

What are your top three tips for aspiring writers?

1) Separate “writing” into the distinct actions of drafting and editing. They are different skill sets, right brain vs. left brain. Drafting is creative, imaginative, and it’s enough of a challenge as it is, what with translating the languages of thought and sensory information into concrete words on the page. Revising and copyediting, on the other hand, are more logical, analytical, systematic. In practice, separating these two activities means: embrace the shitty first draft. Leave your piece alone in between drafting and editing for “fresh eyes” and easier revising.

2) Start your writing habit small. It will grow effortlessly over time as long as it’s a happy, no-pressure habit. So focus on frequency, not output—once you have a steady habit, however modest, the output will be inevitable. You could have your daily minimum be something as small as 10 minutes, or 25 words to start with. Remember, it’s just the minimum, and if you’re on a roll, you can keep going! But this lets you celebrate on the minimalist days, too, and having so many wins early on will help build a habit more quickly.

3) Consume stories and take notes. Remember that films/series/visual art/news articles/podcasts/song lyrics are all stories and/or poetry, too, and can teach you something about narrative and characterization. Read stories from all kinds of genres, by writers from all kinds of backgrounds, and begin to fill in some of your blind spots. Experience the world from the point of view of characters of a different skin color, nationality, culture, class, gender or sexuality than your own. Take notes on what you appreciate in the stories you consume.

What’s the hardest thing about writing?

I’m still regularly disappointed that “ideas” don’t just show up fully formed on my brain’s doorstep. I had always hoped to plan out my stories carefully and save myself many drafts, but alas, that doesn’t seem to be how my brain works. In reality, I never know what’s going to be the way in. A location, a snippet of dialogue, a narrator’s voice, a striking image or even something sensory like smell. Exploratory writing can feel infuriatingly aimless to me, and very similar to being “stuck,” until I suddenly try that thing that makes me think, hmm, interesting, now what if I pull at that thread?

What’s the best thing about writing?

The best thing about writing is the freedom to inhabit different people and lives for as long as you want. And getting freebies from your subconscious when you work on a project every day for a while, when you’re in the zone, in the “flow” of the story or whatever you want to call it. When you can be in the supermarket, inspecting an apple, and suddenly realize, no, Suzie would never say that thing she says in chapter 17, it’s completely out of character and that’s probably why that scene feels so blugh and the dialogue sucks, because now that you know her better, you know she’d react in this other way instead. I hate to side with those “trust the process,” “it’ll happen” people (barf), but yeah, they’re right.

Who are your favourite writers?

What are you reading now?

Where the Crawdads Sing, by Delia Owens. It’s great so far. 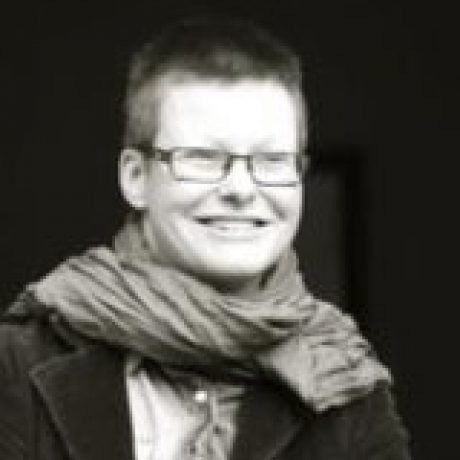