Writer gets his mojo back 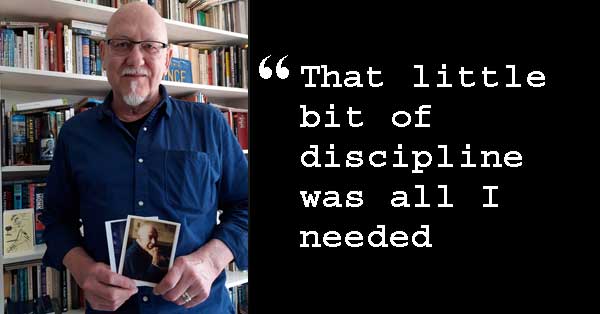 John Carnegie discovered reading and writing at an early age. When he was seven and had just lost his father, Carnegie’s mother took him and his siblings to live with her family for a while. “The room I stayed in had a typewriter and I started typing, decided I wanted to write a story, and got a taste for it. When we moved back to Toronto, I was writing stories about all kinds of things. Moral tales, e.g. about a guy who hated his stupid Christmas presents but then saw a street beggar and figured he should just shut up. There were also poems about students and civil unrest.” He discovered a book published by Doubleday’s Children’s Division and assumed that they handled kids who wrote, so he submitted his stories to them. “Months later I got a really nice letter saying, ‘We cannot use your stories, but we encourage you to keep up with your writing.’” He reflects a moment, then adds, “I still have that letter which I keep in a special Christmas box.”

By the time he was nine, he had written his ‘first novel’, which he describes as “a cold war fantasy about the year 2000, which seemed impossibly far in the future.” His sensibility would change radically after he discovered the notorious author Henry Miller. “His uncensored trilogy of Sexus, Nexus, and Plexus had just been published, and I saw it in Cole’s bookstore with a large sticker that proclaimed: ‘Adults Only’. I was irresistibly attracted by that and did everything I could to get a copy…I’ve been reading him ever since.”

When I ask about the impact that Miller’s writing had on him, he says: “It was his freedom and his expression of it, but also, linguistically. He had an extraordinary vocabulary, which he loved throwing around, playing with it. You learn that it’s not strange to use unusual words, so use them. It says a lot about an approach to writing, employing language as a tool. If you’re a carpenter, you need sharp tools. And who doesn’t want to use the best tools possible?”

His appreciation of Miller offered a natural progression toward other writers on the edge, such as Knut Hamsun, Blaise Cendrars, and Celine, and would later include messieurs Hesse and Bukowski, and no surprise, Joseph Campbell. He pursued degrees in medieval studies (Arthurian legend, Wolfram van Eschenbach), then classics (mostly neo-Hellenistic Greek with focus on the poet Pallados of Alexandria), and then education so he could become a teacher.

In 1991 (after a pit stop in the San Francisco Bay area), his connection with Henry Miller and une vie boheme would take him to Paris (“for other reasons as well”), where he lived on the Right Bank for 18 years with his partner, Julie Wyn Summerfield, an accomplished painter. He describes life in Paris as being ‘’like a conversion. I started writing in French. Stories, poems, which were published in literary magazines in Canada and Paris.” But eventually he stopped. “My computer hard drive crashed and I lost the first hundred pages of a novel. It was expensive to copy things back then, and I didn’t have a backup. After that, I lost my fire.”

He says he “carried a notebook around for years, but only used it to berate myself for not writing.” After he and Julie relocated from a country house outside Paris to Amsterdam, a Canadian friend told him about a writer’s course that was starting up. When he joined his first class with the group of teachers who would eventually form the International Writers’ Collective, he was hooked. “It was great, I loved it. Having a deadline every week and dealing with the shame factor. That little bit of discipline was all I needed.”

He’s kept going and is now a valued member of the Level IV workshop. His day job is designing and testing software for English teachers.

I decided to conclude our afternoon chat with some final questions.

At the end of the night when it’s dark, no one’s making phone calls, and everyone is asleep.

Not at a desk, because it’s too associative. I have a chair which is near a computer and that works for me.

Well, between you and me, it involves wine.

It’s a story that could potentially be an N-O-V-E-L. It sounds so presumptuous, I’ll just leave it at that.

What’s a strange fact about you that your classmates would be surprised to hear? 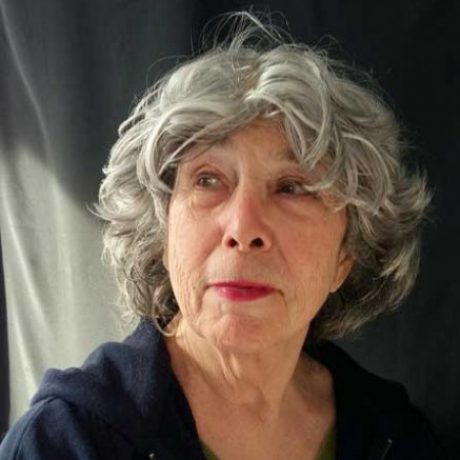 1 responses on "Writer gets his mojo back"