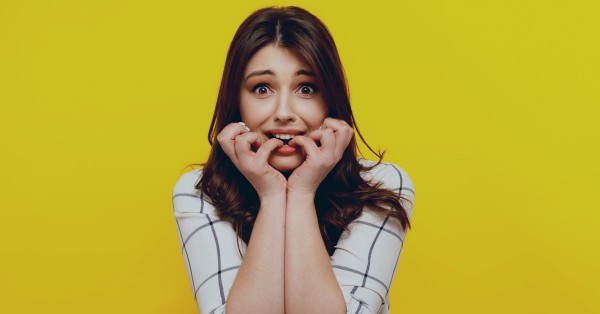 It can be intimidating sending out your writing for the first time (or even the 10th time), so this month we decided to focus on literary journals and online magazines that are extra friendly to new and unpublished writers. Some will even pay you! In order to make our list, journals also had to accept flash fiction, short stories, poetry and creative nonfiction; charge no fees; accept simultaneous submissions; and respond with a yea or a nay within a reasonable timeframe. We also made an effort to pick journals that haven’t appeared on one of our previous lists so make sure to check our other suggestions of great places to submit.

Crack the Spine doesn’t care if your work is funny or sad as long as it makes them react. Solid writing, that’s what they’re after. They welcome stories of between 100 and 5000 words, nonfiction of up to 3000 words, and poetry (no stated limits for length or number of poems). You can generally expect a response in under 30 days.

New Reader Magazine just launched last year and they pride themselves on their international scope. Submit a minimum of 3 poems, fiction over 500 words and nonfiction over 1500 words. There is no maximum word limit! They’re also willing to publish excerpts from longer unpublished pieces. And they’ll pay you! They ask for around 3 months to respond but generally get back within 2.

Longleaf Review is interested in work that “encapsulates all it means to be human, with a particular interest in outsider perspectives”. Send in your flash fiction (300 to 1000 words), stories (1500 to 3000 words), creative nonfiction (less than 500 words or between 1500–3000) and poetry (1 to 5 poems) at the beginning of each month. Their submissions close once they reach their monthly quota. They ask for up to 6 months to make a decision but they often respond within a month.

Literary Orphans wants to give your work a loving home. Their taste is wide-ranging–everything from David Sedaris to Hemingway, but they favour pieces with purpose, drive, daring. Send in your stories (up to 2000 words), your nonfiction (up to 5000 words) or your poetry (3 pieces). They generally respond in under 2 months.

Halfway Down the Stairs publishes quarterly themed issues. They’re currently reading for their June issue on the theme of Darkness and Light. To be considered, send in your relevant stories (of up to 5000 words), creative nonfiction (up to 3000 words) and poems (up to 3 of 500 words or less) by May 1. The theme for their September issue is Trouble. They try to make a decision within a month, and response times of a couple of weeks are not uncommon.

The Magnolia Review reads year-round for their twice-yearly online magazine and they nominate for the Pushcart Prize. They accept fiction (flash and longer stories), creative nonfiction and poetry. No stated word or line limits so you have to use your best judgement. They generally give you an answer within a couple of weeks.

Foliate Oak loves quirky writing that makes sense. They have a preference for flash, but are open to stories and creative nonfiction under 2700 words. As for poems, they like them understandable and non-rhyming. They usually give you an answer within a couple of months.

Wilderness House Literary Review publishes a quarterly online magazine. They prefer fiction and creative nonfiction that’s on the shorter side–flash or stories of not more than 3000 words. For poetry submissions, on the other hand, they have no stated limits. They’ll generally give you an answer within a couple of months and often send personalised responses.

Litbreak Magazine values diversity and craft for their monthly online publication. Send in your fiction–everything from flash to novel excerpts (suggested limit: 10K words), creative nonfiction (suggested limit: 1500 words) and poems (up to five). They nominate for the Pushcart Prize–always a plus. In general, they accept fast (often within a couple of weeks) and reject very slow.

10 responses on "Great places to submit for new & unpublished writers"