Do’s and don’ts of critiquing 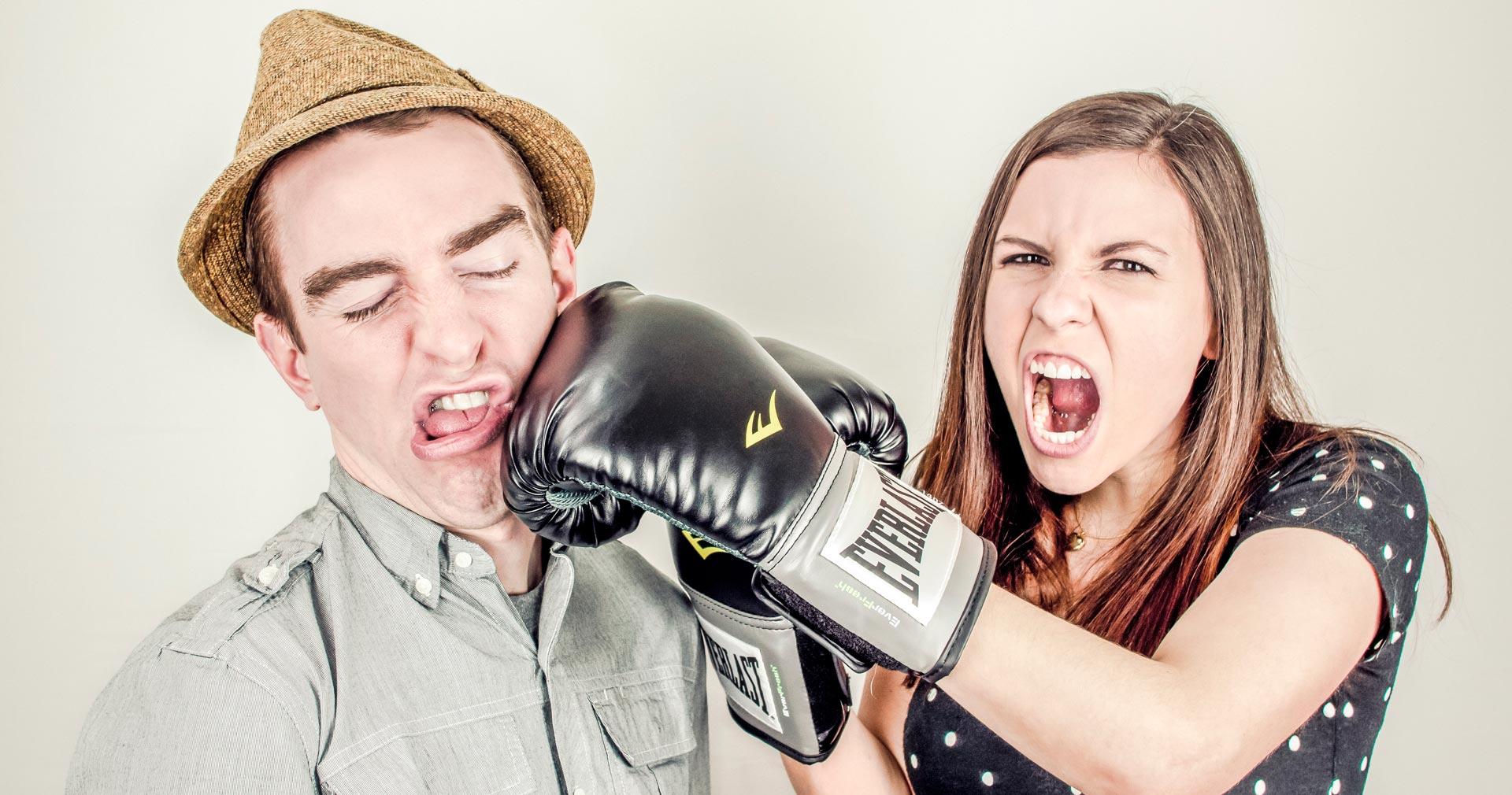 The critique—it’s the heart of any workshop and the thing that causes the most anxiety. Here I’ve pulled together my best advice on both giving and receiving critiques.

On receiving a critique

First, be reassured: I’ve yet to see anyone get walloped with a nasty critique in one of our classes. (Sorry if I scared you with the photo.) If anything, people tend to focus on the positive, especially in the beginning. And that’s natural—we often have to get to know each other a bit, build up some trust, before we’re comfortable being critical. That’s why it’s great to have a teacher or experienced workshop leader who’s able to encourage people to provide a balanced critique—one that not only covers the strong points of a piece but also the opportunities to improve.

In our workshops we ask people to remain silent while their piece is being critiqued. I’ve seen folks nearly turn purple with the effort of not responding. It’s a tough but useful practice. Eventually you will be able to let go of the instinct to defend your work, to explain, to clarify, which leaves you free to really hear what’s being said.

Of course, your critiquers will misunderstand, make false assumptions, and totally miss things that seem completely obvious to you, the writer. But that’s the reality of setting your work loose in the world. You can’t sit on the lap of every reader, turning the pages for them while you whisper in their ear, can you? So don’t dismiss the people who ‘don’t get it’. More often than not they’re providing you with valuable information about where you’ve got work to do.

Which brings me to the question of what do you take onboard and what do you let go. I was at a reading by T.C. Boyle and his number one piece of advice for new writers was “Listen hard to what other people have to say…but not too hard.” To put this another way, I’d say be open and truly consider the feedback you’re getting, but remember: it’s your work. Whatever you decide to act on has to help you further your vision, not someone else’s.

Some time ago I attended a weekend workshop led by an accomplished author. She was insightful, but her last word on the story I brought in—a piece that I’d been struggling with for awhile—was that it was really about a dead mother (the mother in my story was very much alive and somewhat peripheral to the action) and that I needed to cut the majority of what I’d written and basically start over. I thanked the author for her critique—95% of what she’d said about the weaknesses of my piece was spot on—and told her that was not the story I wanted to write.

Keep in mind that no piece of writing is ever finished until you say it is. Most writers go through dozens of drafts before they get to the version that’s published. Whatever you’re bringing into your workshop is still in process. So what you’re looking for is not a pronouncement on whether a piece is good or bad or whether your fellow writers like it or not; what you’re looking for is insights that help you get to the next draft and, in the case of exercises, that help you improve your technique. As you develop a keener sense of your own strengths and weaknesses as a writer, you can increase the likelihood of getting what you want out of a critique by letting people know at the outset the things you’ve been struggling with and the questions you’d like them to focus on.

I know this all sounds very dispassionate, and, if you’re new to critiquing, you’re probably feeling anything but. It does get easier; after a few workshops, you’ll find yourself looking forward to hearing the critical stuff just as much as the nice. However, even for the veteran, it can happen that a critique pushes your emotional buttons. Often we’re particularly sensitive when it comes to personal material—real experiences or real feelings that we’ve drawn on for our writing. Just be aware of the danger and try not to take the critique personally. Remind yourself: they aren’t talking about me, they’re talking about my draft. And please, don’t take a critical comment and extrapolate it into something bigger like: “They’re saying I’m not a good writer!” Yikes! No one is saying that. It’s out of respect for you as a writer that people are willing to offer an honest critique in the first place.

Finally, if you do end up getting a critique that shuts you down instead of pointing you forward, don’t suffer in silence. Try talking to the teacher or workshop leader afterwards. I can almost guarantee that you’ll walk away feeling better about your work and the critique.

On giving a good critique

Critiquing, like writing, is a skill—one we try to hone in our workshops. Becoming a better critiquer will make you a better writer. Often it’s easier to see weaknesses in other people’s writing than in your own, and the critical eye that you cultivate through critiquing will benefit you greatly when it comes time to revise your own work.

Good critiques give the writer a better understanding of why something’s not working and where there are opportunities to improve. In our workshops, at least in the beginning, we focus our critiques exclusively on technique: did the writer successfully apply whatever techniques we were studying that week. In my experience, this approach makes it easier on the critiquer, who knows what to look for, and the critiqued, who knows that feedback is part of the learning process, rather than a personal commentary on their writing.

Whatever the parameters of the critique, try to be as specific as possible. If you liked the piece, that’s great, but unless you can break down why you liked it and identify the elements that contributed to making it successful, you’re not helping the writer. Where you can, point to specific lines or passages to illustrate what you’re saying.

You always want to aim for a balanced critique—one that lets the writer know what’s working in their exercise or draft and what’s not. Not surprisingly people are generally more hesitant to speak up about what’s not working, but that is the very information the writer needs to progress.

A skilled critiquer is one who can bring to bear the analysis and awareness of form and technique, while still experiencing the piece as a reader who just wants to feel something. As writers we can on occasion be entranced by a particularly vivid description or gorgeous metaphor and lose sight of the fact that it doesn’t serve the story or poem. As a reader, on the other hand, we know where we lose interest or become confused or are taken out of the moment. Those are the places you want to home in on. (Ditto for where you find yourself particularly engaged or intrigued or moved.)

Sometimes just flagging those parts of the text is enough. It’s not your job to tell the writer how to fix the problem. I have to remind myself of this sometimes; it’s so easy to get carried away when you see the possibilities in another person’s writing. But ultimately you’re not helping them uncover and deepen the story they want to tell by offering suggestions of how you would write it.

Let’s look at a couple of examples of unhelpful and helpful feedback:

Finally, do take a minute to mentally edit your feedback. One or two strong, clear points are much more useful than a long rambling list. Ask yourself is this feedback I would find helpful if this were my work? In short, critique as you would like to be critiqued.

Top 5 do’s and don’ts for receiving a critique

Top 5 do’s and don’ts for giving a critique

4 responses on "Do’s and don’ts of critiquing"