An evening with Colson Whitehead

Learn how a Pulitzer Prize winner does it 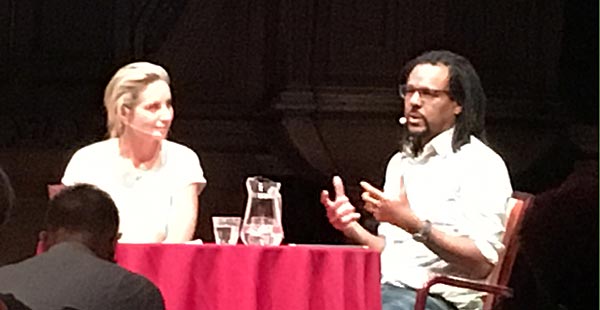 Growing up, Colson Whitehead spent hours alone in his room reading comic books and sci-fi novels. ‘I was practically a shut-in,’ he said, and would have loved to be ‘a sickly child’ with an excuse to stay indoors. When he was around 10 or 11 he decided being a writer sounded like a pretty good gig—‘you didn’t have to wear clothes or talk to people and could spend all day making stuff up’. It turned out pretty well for Whitehead but only after years of hard work and rejection.

Our master class studied his Pulitzer Prize-winning novel The Underground Railroad and were grateful to the John Adams Institute for bringing him to Amsterdam this December. We’ve pulled together some of our key takeaways from that evening here.

1 responses on "An evening with Colson Whitehead"